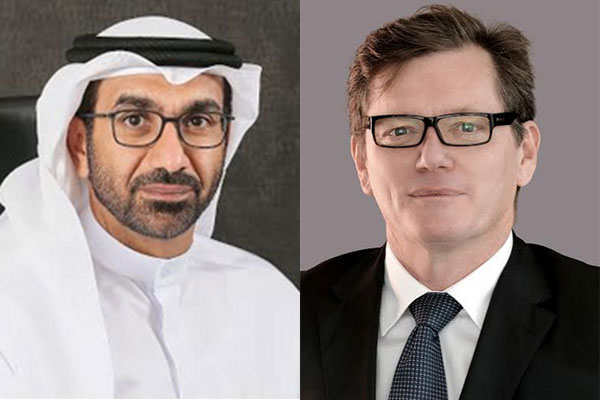 Dubai-based Emirates NBD (ENBD), a leading bank in the region, delivered a strong set of results for the first half of the year with net profit up 49 per cent year-on-year (y-o-y) to Dh7.5 billion ($2.04 billion).

The bank’s balance sheet continues to strengthen with further improvements in liquidity and the Common Equity Tier 1 capital ratio and stable credit quality.

Hesham Abdulla Al Qassim, vice chairman and managing director, Emirates NBD said: “Emirates NBD delivered a healthy set of results in the first half of 2019. The Group continues to make progress on international growth. Emirates NBD is honoured to have been given permission to open twenty more branches in Saudi Arabia.

“The bank has opened additional branches in Egypt and all regulatory approvals for the Group’s acquisition in Turkey have been granted. In support of the ‘Year of Tolerance’, launched by His Highness Sheikh Khalifa bin Zayed Al Nahyan, Emirates NBD has participated in programmes and initiatives that celebrate the nation’s unity and commitment to diversity.”

Shayne Nelson, Group chief executive officer said: “Net profit advanced by 49 per cent to reach Dh7.5 billion in the first half of 2019. This includes a Dh2.1 billion gain on the partial disposal of the Group’s stake in Network International. Core Operating Profit advanced 8 per cent compared to the first half of 2018, helped by loan growth, higher foreign exchange income and increased investment banking activity.”

“The bank’s balance sheet remains strong with further improvements in liquidity and the Common Equity Tier 1 ratio and stable credit quality. Disability friendly access was extended and now covers about half of the bank’s UAE network.

“Liv., the lifestyle digital bank for millennials achieved another milestone, reaching a base of over 250,000 customers. We continue to make progress on the acquisition of Denizbank and expect this transaction to close in the third quarter of 2019,” he added.

Surya Subramanian, Group Chief Financial Officer said: “The operating performance for the first half of 2019 was pleasing as all business units delivered income growth. Net interest income grew by 10 per cent in the first half, compared to the previous year, helped by 13 per cent asset growth. Fee income advanced 20 per cent due to strong growth in foreign exchange and investment banking income.

“Costs were 7 per cent higher compared to the previous year on higher staff costs. NIMs declined by 1bp y-o-y as the effect of lower interest rates fed through to loan pricing. We maintain our margin guidance as the bank’s strong liquidity position affords the ability to retire more expensive fixed deposits.”

Net-interest income improved 10 per cent in H1-19 to Dh6,852 million as 13 per cent asset growth more than offset a small decline in net interest margin.

Costs for the first half of 2019 amounted to Dh2,826 million, an increase of 7 per cent over the previous year due to a rise in staff costs relating to international expansion, digital and technology.  The cost to income ratio at 29.7 per cent, remains within guidance of 33 per cent and gives headroom to invest selectively to support growth.

The bank’s research team has revised the UAE headline GDP growth forecast to 2.0 per cent for 2019 from 3.1 per cent previously, as production cuts that came into effect in January are likely to be extended into H2 2019. Dubai is expected to be the main engine of non-oil growth in the UAE this year, with GDP forecast to expand 3.0 per cent in the emirate in 2019, in contrast with Abu Dhabi’s expected 1.0 per cent non-oil GDP growth. – TradeArabia News Service