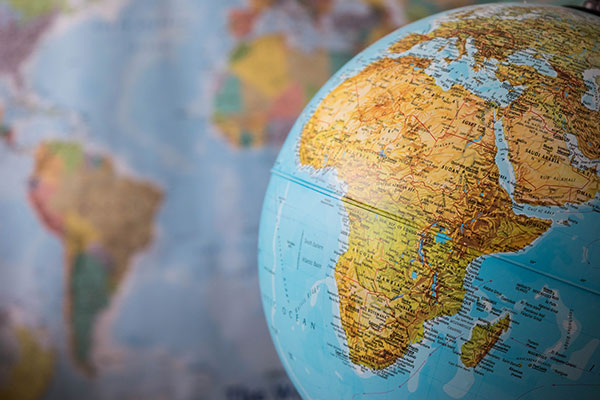 Infrastructure investment and business climate reforms are seen advancing economic growth among the Gulf Cooperation Council (GCC) economies to 2.2 per cent in 2020, said the World Bank in its latest global economy report.

Meanwhile, economic growth in the Mena region is projected to accelerate to a modest 2.4 per cent in 2020, largely on higher investment and stronger business climates, according to the January 2020 Global Economic Prospects report. Among oil exporters, growth is expected to pick up to 2 per cent.

Iran’s economy is expected to stabilize after a contractionary year as the impact of US sanctions tapers and oil production and exports stabilize, while Algeria’s growth is anticipated to rise to 1.9 per cent as policy uncertainty abates and investment picks up.

Growth in oil importers is expected to rise to 4.4 per cent. Higher investment and private consumption are expected to support a rise to 5.8 per cent in FY2020 growth in Egypt.

The World Bank report said that global economic growth is forecast to edge up to 2.5 per cent in 2020 as investment and trade gradually recover from last year’s significant weakness, but noted that downward risks persist.

Growth among advanced economies as a group is anticipated to slip to 1.4 per cent in 2020 in part due to continued softness in manufacturing. Growth in emerging market and developing economies is expected to accelerate this year to 4.1 per cent.

This rebound is not broad-based; instead, it assumes improved performance of a small group of large economies, some of which are emerging from a period of substantial weakness. About a third of emerging market and developing economies are projected to decelerate this year due to weaker-than-expected exports and investment.

“Steps to improve the business climate, the rule of law, debt management, and productivity can help achieve sustained growth.”

US growth is forecast to slow to 1.8 per cent this year, reflecting the negative impact of earlier tariff increases and elevated uncertainty. Euro Area growth is projected to slip to a downwardly revised 1 per cent in 2020 amid weak industrial activity.

Downside risks to the global outlook predominate, and their materialization could slow growth substantially. These risks include a re-escalation of trade tensions and trade policy uncertainty, a sharper-than expected downturn in major economies, and financial turmoil in emerging market and developing economies. Even if the recovery in emerging and developing economy growth takes place as expected, per capita growth would remain well below long-term averages and well below levels necessary to achieve poverty alleviation goals.

Regional growth in Sub-Saharan Africa is expected to pick up to 2.9 per cent in 2020, assuming investor confidence improves in some large economies, energy bottlenecks ease, a pickup in oil production contributes to recovery in oil exporters and robust growth continues among agricultural commodity exporters.

Growth in Nigeria expected to edge up to 2.1 per cent as the macroeconomic framework is not conducive to confidence. Growth in Angola is anticipated to accelerate to 1.5 per cent, assuming that ongoing reforms provide greater macroeconomic stability, improve the business environment, and bolster private investment. In the West African Economic and Monetary Union, growth is expected to hold steady at 6.4 per cent. In Kenya, growth is seen edging up to 6 per cent. – TradeArabia News Service