Boursa Kuwait to list its shares on Premier Market 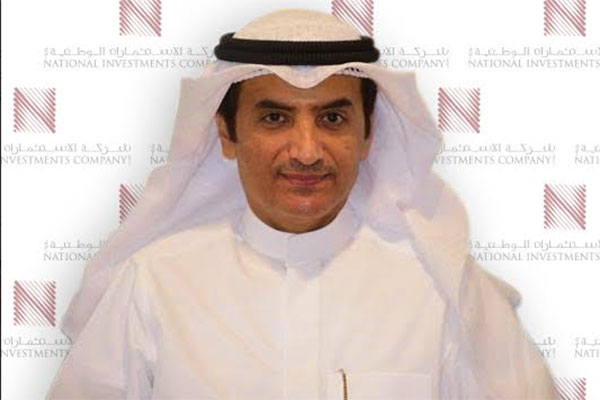 Boursa Kuwait said that it will list its shares on the “Premier Market” following the Capital Markets’ Authority’s approval, with trading of the company’s shares starting during the opening session on September 14 under the ticker symbol “BOURSA”.

The company will be classified under the “Financial Services” sector, bringing the total number of companies on the exchange to 174, while the number of listed companies in the “Premier” Market rises to 20 companies.

The company’s paid-up capital amounts to approximately KD20.1 million ($65.5 million), which are divided into approximately 201 million shares. Furthermore, around 50% of the company’s shares, or what amounts to around 100 million shares, were offered to Kuwaiti citizens in an initial public offering process that concluded in December 2019, seeing an oversubscription rate of 850%.

Boursa Kuwait saw a net profit of KD5.63 million for first half of 2020 while the company’s total assets came in at approximately KD41.7 million. Total operating expenses were KD3.12 million while total operating revenue came in at KD6.77 million.

Boursa Kuwait Chairman Hamad Mishari Al-Humaidhi said: “Boursa Kuwait’s listing today marks a historic milestone for the company as it enters the next phase in its growth and development. We are proud of our journey, which has cemented us as the crown jewel of the Kuwaiti capital market and is indeed the model of a Kuwaiti success story, which in turn will contribute to the elevation of the country regionally and internationally.

“I would like to take this opportunity to commend Boursa Kuwait’s Board of Directors and Executive Management, with their solid structure consistent with the nature and activities of the company, and their efforts to develop a liquid, reliable and sound capital market that services all relevant asset classes, focusing on the interests of both issuers and investors through excellence in everything it does.”


Bader Nasser Al-Kharafi, in his capacity as both a representative of the consortium awarded the 44% stake in the company and as Chairman of the Executive Committee at Boursa Kuwait, said: “We are proud of the consecutive string of achievements for Boursa Kuwait, which is undoubtedly a role model for companies that want to undergo privatization and list on the exchange.”

“The listing of Boursa Kuwait represents a breakthrough in the transformation of the Kuwaiti capital market into a dynamic and diversified investment ecosystem that thrives on international best practices and looks to increase the contribution of the private sector towards the growth and development of the national economy.”

“We were guided by our belief in the private sector and its ability to develop a reliable and sound capital market with ever increasing liquidity levels, which constituted an incentive to develop Boursa Kuwait into a pioneering regional company that adheres to the best-in-class international standards and practices.

“Today we celebrate the success of the company and its leading role in the Kuwaiti financial scene over the past few years, moving forward to introduce innovative products and services aimed at encouraging even more companies – specifically substantial ones like family companies, companies in the oil sector as well as foreign companies – to list on the exchange,” Al-Kharafi added. – TradeArabia News Service