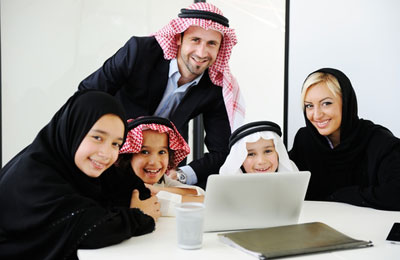 The UAE has topped Gulf states by positioning itself 14th globally in the World Happiness Report 2013 published by the United Nations Sustainable Development Solutions Network.

Oman claimed the 23rd place, followed by Qatar in 27th, Kuwait ranking 32 and Saudi Arabia in 33rd place, while Bahrain was ranked 79 out of 156 countries surveyed, reported the Gulf Daily News, our sister publication.

Denmark, Norway, Switzerland, the Netherlands and Sweden have ranked the highest levels of happiness, while Rwanda, Burundi, Central African Republic, Benin and Togo are the unhappiest countries in the world.

The report surveyed a group of citizens in all 156 states between 2010 and 2012 using information from global research company Gallup.

Information collected featured elements of happiness such as life expectancy, freedom to make choices, perception of corruption, gross domestic product (GDP) per capita, having someone to count on and generosity.

The report was launched under the auspices of UN Secretary-General Ban Ki-moon, who called on legislators across the world to make happiness a key measure and target of development.

It said that on a scale of zero to 10, those surveyed recorded an average happiness score of 5.1.

The report also shows that social support is lowest in South Asia and the Middle East and North Africa (Mena) region, while significantly high in Sub-Saharan Africa, Southeast Asia and the Commonwealth of Independent States.