Mideast most optimistic about post-Covid recovery 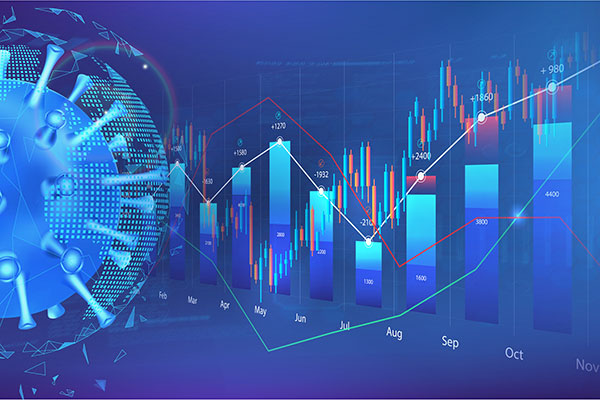 The Middle East has the world’s most positive outlook ahead of the looming recession with 27% of Saudi Arabians and Emiratis predicting their economies would boom in 12 months’ time, a report said.

Viet Nam’s population stood out as the most upbeat, with 65% of respondents believing their economy would remain stable and less than a quarter expecting a recession, according to the survey conducted by YouGuv, which uncovers wide variation in people’s economic circumstances.

Viet Nam has been praised internationally for its quick action on coronavirus, though it has recently had to reimpose localized restrictions after new cases of the virus emerged in the city of Danang. Before this incident, it had not registered a community infection in more than three months.

The Financial Times has called it the worst global economic contraction since at least the 1930s. Advanced economies are set to shrink by 7% this year while emerging and developing economies collectively face a contraction of 2.5%.

YouGov asked 27,000 people in 26 economies about their expectations for the economy over the next 12 months.

While respondents were largely united in their fears over a global recession – ranging from 95% of Spaniards to 67% of Norwegians – the survey uncovered a wide spread of views on the fates of national economies.

The most pessimistic views came from economies as diverse as Mexico, Hong Kong and France, where three-quarters of those surveyed expected to be in recession in 12 months’ time. Mexico has recently become one of the countries worst affected by coronavirus.

On the other side of the globe, Hong Kong’s attitudes were markedly different from the rest of China, where half of respondents saw their economy remaining stable.

Third-ranked France was slightly separated from its European neighbours in Spain and the United Kingdom. Only around two-thirds of Spaniards and Brits said they were expecting an economic depression next year.

The hit to household incomes

Household finances had largely stayed the same for the majority of respondents compared to the month before.

The Nordic countries reported the greatest levels of financial stability, ranging from 69% in Norway to 79% in Denmark.

Mexicans had suffered the greatest financial impact, with 58% reporting that their finances had declined in the past month. Next in line were the Philippines and India, where 50% and more reported a drop. This aligned with the strong concerns over a looming economic depression that all three economies had expressed elsewhere in the study.

Viet Nam, again, showed itself as optimistic, with a third of respondents stating that their household finances had actually improved from the previous month.

Furlough, reductions in working hours and job losses have shaken up national economies in the wake of Covid-19.

Mexico topped the list of the worst job losses (17%). Along with France, it also had the highest number of employees on furlough (24%).

Emiratis were worst affected by unpaid leave, with one in four respondents retaining a job but not getting paid.

Reduced working hours were the most prevalent way of dealing with the pandemic in South-East Asia, with upbeat Viet Nam (42%) ahead of the Philippines and India, with around a third each.

Beyond the threat of recession and jobs, respondents were most concerned about the impact of the pandemic on local businesses. Other fears such as paying rent or mortgages, banks failing and paying bills were more differentiated. Across the board, Indonesians and Filipinos emerged as the most worried, while the Nordic countries and Germany were the least concerned, according to YouGov.

That people in very diverse markets – emerging and advanced – take a positive stance underscores that the aftermath of coronavirus presents not just substantial challenges: it is also a window of opportunity to stage what has been called a “Great Reset”. How this can be achieved will be the theme of a World Economic Forum twin summit in January 2021, which will focus on building a new, more resilient economic and social system for the post-Covid world. – TradeArabia News Service